People of the Americas have a long pottery-making tradition, predating the European arrival.  The oldest known ceramics were found in communities along the Ecuadorian Pacific coast and were made 5,000 to 6,000 years ago.  The time-honored process is still essentially the same.  Dig up some clay, mix it with water, form it into objects and fire it in an oven or kiln.

In the studio of Eduardo Vega, today’s ceramic pottery is functional and exquisitely formed.  After studying in Europe, Vega returned to Cuenca and developed a unique style, deeply rooted in Ecuadorian history.

Patrons often have an opportunity to meet Eduardo Vega when visiting his shop in the Mirador de Turi area overlooking Cuenca.

His terracotta and enamel murals can be found in Cuenca and many other places.  Two Who Trek visited the Hotel Crespo in Cuenca where a lobby wall is one mural. 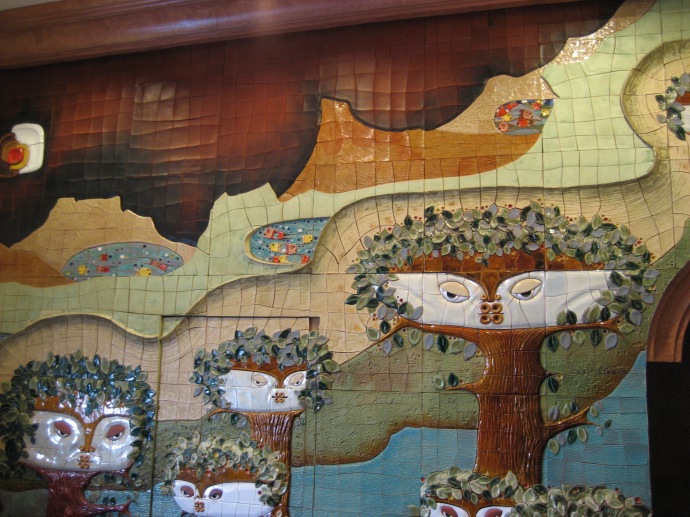 Larger than life totems are on an island in the middle of Cuenca’s avenue Remigio Crespo.

Vega totems in Cuenca; similar ones are in many other cities

Many objects more practically sized for airport bound visitors are available for purchase at the Vega studio.  Ecuadorian animals and plants are often featured on pieces ranging from beverage coaster to holiday serving platter size.  One group of subjects represents the fauna of the Galápagos. 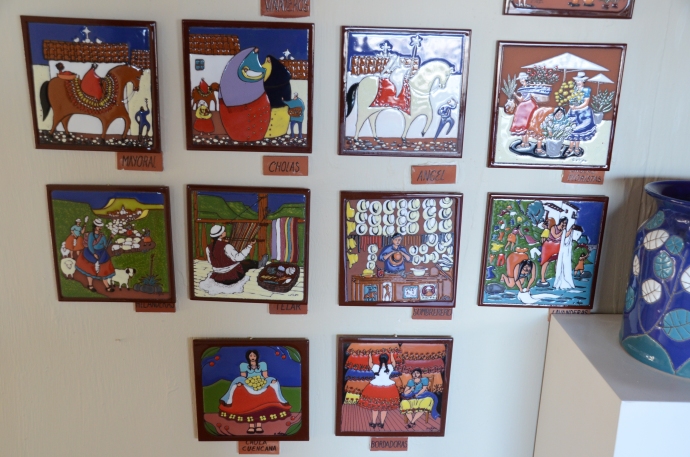 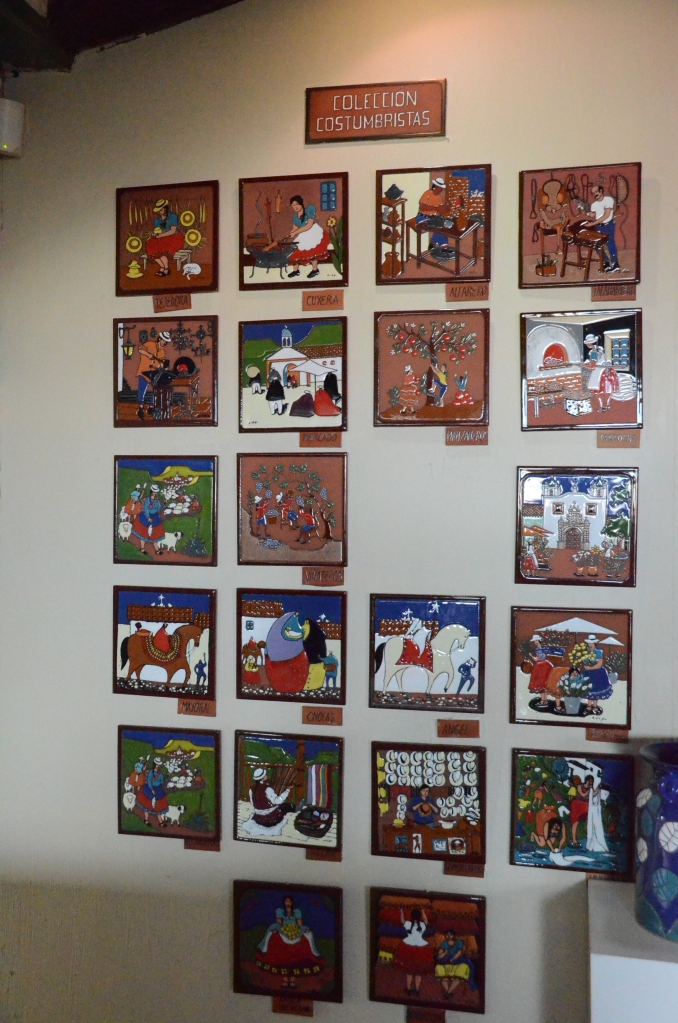 When you enter the gallery, off to the right is a museum of some of Vega’s most famous work.  None of these items are for sale. 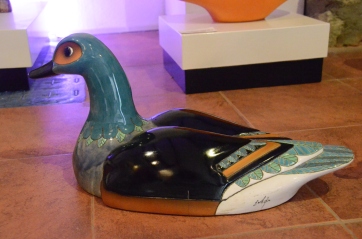 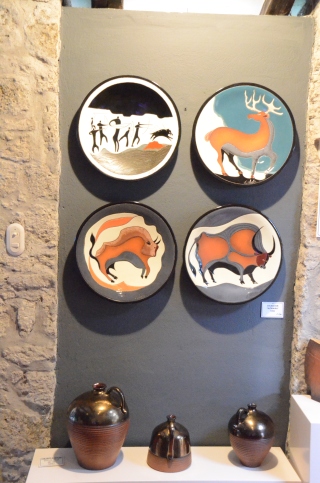 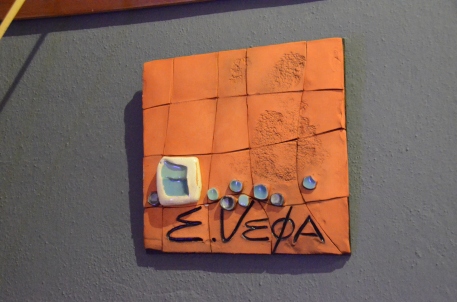 After viewing the gallery, you can tour the showroom.  Up on the second level, you can view the activity in the workshop:

The gallery is built on the side of the mountain.  It has an awesome view of Cuenca:

Eduardo Vega’s home next to the gallery, with a great view of Cuenca

Of course, the gallery had many items for sale to visitors, ranging from plaques to mugs to vases to statutes.  It was difficult to select a piece to bring home. All the pieces Two Who Trek saw were simply beautiful!  Here are some samples of the beautiful works offered for sale. 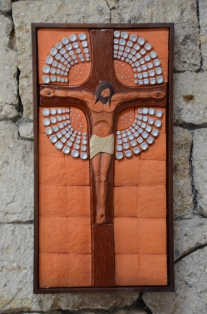 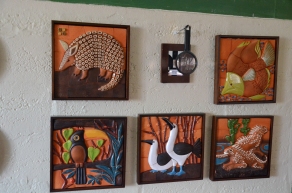 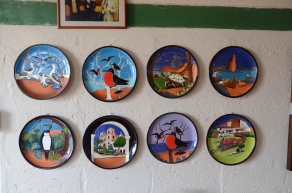 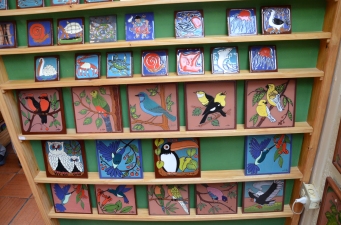 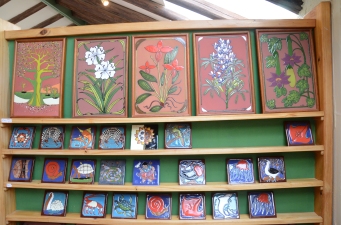 3 thoughts on “Ceramics in Cuenca”